Why in the world would Marshall advertise right on their site for the code amps that you can record the code amp into your DAW, but not provide an asio driver? This is false advertising. Yes there is asio4all, it is not for a Marshall per se, and it doesn't work real well, it only records at 48khz, most daws will go to 96k, if not all the way to 192K? What gives Marshall? Plase put out an Asio driver for this otherwise great product. please. It can't be that hard if you can write the"code" for this amp. You are relly missing the boat here guys 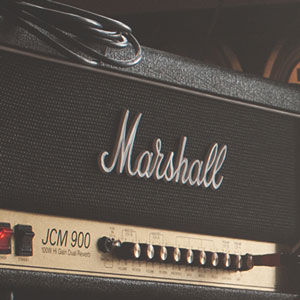 You're probably not going to like my input here but it's intended to help I assure you (and is based on at least a year and a half of almost daily working with, tweaking, and, of late, modifying these amps.).

Even IF ASIO4ALL worked (without huge amounts of latency with these amps.) you're better off recording using the headphone out/line out socket (into an ASIO compatible sound card) i.e. the tone isn't a terrible digital "dry" and "brittle" tone as you're now recording an analog signal from the amp.  And even IF Marshall developed an ASIO driver it would be the same terrible digital "dry" and "brittle" sound coming out of the USB port anyway.  First prize is to mic. your amp. up i.e. you cannot beat the sound that comes out of these amps. from the speakers (you lose so much of that Marshall tone without the speakers it's just not worth it).  And don't be fooled by these YouTube videos where the guys are recording via USB and getting a monster sound i.e. the audio tracks of those videos always sound amazing but they've always, at very least, had some type of processing done and sometimes they've been double tracked so while they may all sound amazing: trust me it's not what you get straight from the amp. via USB.

All of the above being said and if, for whatever reason, you're insistent on recording via USB then you actually don't need ASIO4ALL anyway (assuming your DAW supports Wave or WaveRT) (and the CODE amp. will use the Windows USB Audio device driver) but latency is still an issue I'm afraid unless you have a SUPER monster PC or MAC (and even then I'd be surprised if the issue was solved).  You should also know that ASIO4ALL itself is not limiting your sample rate and bit depth i.e. it's the hardware and the CODE amps. output a max. of 48kHz/16-bit via USB.  And then of course there is the other hotly contested issue of sample rates i.e. there's very little point (if any point at all) to recording at anything higher than 44.1kHz (as I've learned the hard way after very much debate and testing and testing and more testing) (but this is a topic that I'm happy to discuss on another forum i.e. it wouldn't be prudent to do it here).

So yeh: even if Marshall developed an ASIO driver for these amps. you'd gain nothing (and given the above I'd go so far as to say it's just not necessary for them to do that anyway even if they were so inclined).

OK.  So I'm chatting with the converted here!!!  LOL!!!  Not to mention with somebody who "knows their oats" too.  Nice.  My apologies for "stating the obvious" in my initial response to you (it's a bit difficult when replying as you have no idea the level of expertise or experience of the other person).

You have the same audio interface as I do (well: a Focusrite Scarlett 18i8 anyway).  And yeh: the results are better using the headphone out/line out but also not great.  Micing. is the way to go for sure.  I get absolutely monster sound from my CODE25's and CODE50's (have six of these things all in all).   Dunno about quiet!!!  LOL!!!  The CODE50 is PLENTY loud (and I run everything in stereo so 2 x CODE50's does it for me!!!  LOL!!!).  I too have had valves over the years and would love 2 x JCM800's (had one in the '80's) but what could I do with them (other than get in big trouble!!!  LOL!!!).  And I dunno: with a lot of tweaking (and time) you can get really great "as good as valve" tones (in my opinion of course).  Samplitude is supposed to be "hot stuff" not???  But I don't know it at all.  I use a thing called Mixcraft Pro Studio 8 by Acoustica.  Works for me but even with being able to record direct from the CODE USB without ASIO it's, again, just not an option a) because of latency and b) because of the horrible digital tone.  An output jack I'm sure you could just add.  My "claim to fame" mod. is adding an effects loop to the CODE25 and CODE50.  I had to do this because in order to get a particular tone I needed to EQ and I found that trying to put an EQ pedal in front with the JCM800 modelling resulted in HUGE noise levels which I could not gate out (well not without almost totally choking the output anyway).  And of course there are just some pedals that should be used post PRE-FX (particularly distortion) and post PRE-AMP otherwise they sound like utter rubbish (TC Electronics' MIMIQ is but one of such pedals).  And yeh: some people say that these are not amps. but rather computers (and I've heard worse comments too!!!  LOL!!!).  I disagree vehemently.  They're great.  And there's no plugin that I've found that comes anywhere close to the sound I get from these things micd. up.  And I'm a bit of "purist" (or an idiot!!!  LOL!!!) i.e. I try as best I can to get the right tone going into my DAW WITHOUT having to EQ my sound in the DAW (it's cheating if you ask me!!!  LOL!!!) hence my going to great lengths to EQ live and going into my DAW.

No idea what's going on.  Came to edit the post that was here before and the whole thing just dissapeared.  Happened with the previous one too but that I was able to reconstruct from an email notification.

Dale Paterson (105)
I use a combination of mics, no one specific mic all the time, although I have a pair of 57's for amps. Ae you saying the Sony Professional vocal mics are louder by nature then? Interesting if true. I find mics at pawn shops al the time, for dirt cheap, so I buy them and ty them out. Needless to say I have a butt load of mics. I like handheld Audio Technia vocal mics (ATM11R) kills for amps especially for clean, they are very sweet sounding IMHO. Funny, I have owned exactly 3 Marshall amps, and one preamp. I had a JCM 800, a small JCM combo of some sort, oh it was a DSL, it wasn't that great. and now the Code, which is very good.. But a friend wanted to give me me a Silver Jubilee. I don't know why he wanted to give it to me. I should have taken it, what an idiot. I had a Rivera 100 watt, that was pretty awesome, a Mitchell, 100 watt, made before Mitchell turned into crap, cheap stuff, it had a matching 4x12. It screamed too, finally blew the tranny out, and the guy that fixed it totally ruined the tone. He made it so it had no gain, would barely break up, it was loud as hell though, don't know what he did. Yeah, that picture looks imposing, nice. TTYL, Sent you an email. - Martin Jubb 30 Oct 2018 at 08:24 PM

As noted above: went to edit my post above and it just dissapeard (so the thread may look a bit disjointed).

Yip.  The Sony mics. are way more sensitive and less directional than the SM57's.  I think it's by design though i.e. I don't think the Sony mics. would stand up to a high SPL as would the SM57's.

Oh well.   Let's see if I can get my post back somehow.

Low Latency ASIO has other uses than just recording, Amps that have USB ASIO support let you use modeling software to modify or create completely new tones, but it needs to be low latency to get through the computer and back out to the amp speaker again without delay. Also useful for things like Yousician or Rocksmith if you use those for practice or learning.

If you already have a $100 interface it's not a big deal though. I only use the USB for the third part PC editors.